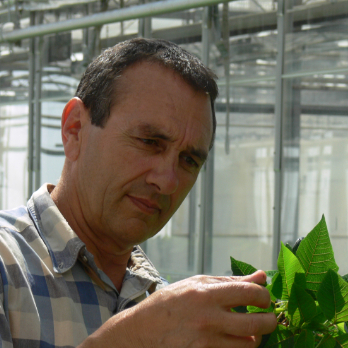 Graeme completed his undergraduate degree in biological sciences and his master’s in agricultural science in Melbourne, Australia. He worked for eight years with the Victorian State Government in Australia, initially as an entomologist with the Department of Agriculture, and for two years as a research scientist with the Department of Natural Resources. In 1988, he moved to Canada and from then until the end of 2014, he worked as the Greenhouse Floriculture IPM Specialist with the Ontario Ministry of Agriculture and Food.