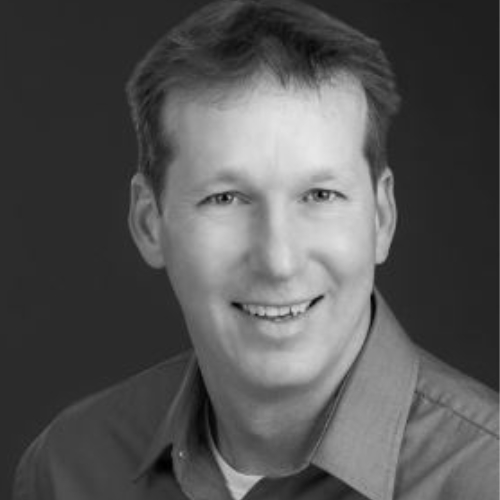 Jayson Goodale is senior lead, risk advisory, at Cannabis Compliance Inc. Coming from a strong horticultural background, Jayson has spent 25 years in the commercial greenhouse industry where he was responsible for producing over 1,200,000 plants per year. Jayson’s recent experience with Tweed Farms has brought him to the forefront of cannabis cultivation in Canada. While at Tweed Farms in the Niagara region, Jayson was tasked with designing the company’s cannabis greenhouse, overseeing its construction and readiness, and managing the cultivation of this 350,000-sq-ft greenhouse facility. Jayson brings practical greenhouse horticultural practices to the cannabis industry, combined with a keen attention to detail, scheduling and plans. 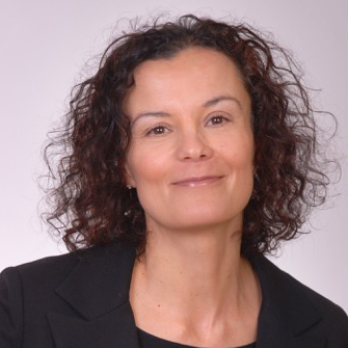 Laila Benkrima, PhD, provides consulting and research services to various horticulture and biotechnology projects. Laila has over 25 years of experience in both horticulture and pharmaceutical research and is currently working as a Horticulture Consultant for the University of the Fraser Valley (UFV). Her work history includes the British Columbia Institute of Technology, Inflazyme Pharmaceuticals Inc., the University of British Columbia, the University of Victoria, and Laval University. She received her Ph.D. in Plant Biology and her Master Degree in Plant Physiology from the University of Paris, France. Since 2014, she has been involved in an innovative project that combines the vocational rehabilitation program in horticulture with technological innovation at the John Volken Academy (JVA), a long-term residential drug and alcohol treatment center for young men and women aged located in Newton Town Centre, Surrey BC. The Affinor towers technology is brought through a collaborative research project between the University of the Fraser Valley (UFV) and JVA. 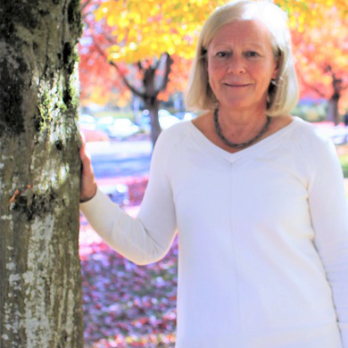 Deborah Henderson has been the Director of the Institute for Sustainable Horticulture (ISH) since 2005 and LEEF Regional Innovation Chair since 2009 at Kwantlen Polytechnic University. She received her PhD from the University of British Columbia (UBC) in 1982, and established E.S. Cropconsult Ltd. in 1989 to offer IPM and research services to both conventional and organic agriculture in the Fraser Valley. Deborah developed an active research program in biological and non-chemical management strategies for pests and diseases to advance agriculture and landscapes towards ecologically sound alternatives. Her research at ISH develops microbial biocontrols and environmentally sound bioproducts in partnership with agricultural industry partners. Her goal is to put more biocontrol option in the hands of growers. The Institute has both research capacity and production capacity for beneficial fungi and insect viruses and over the next few years, is developing this capacity to become an incubator for new biopesticides.

Brian Spencer is the president and owner of Applied Bio-nomics Ltd. Founded in 1980 in Victoria, BC, the biological pest control supplier was one of the first companies to bring now familiar products to growers, including Stratiolaelaps scimitus (Hypoaspis miles), Stethorus punctillum, Delphastus catalinae, Amblyseius fallacis, Gaeolaelaps gillespiei and Micromus variegatus, to name a few. Brian holds a BSc. in microbiology from the University of British Columbia. 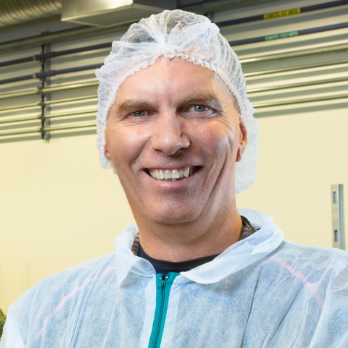 Gregg Wigeland is the master cultivator at Sundial Cannabis in Alberta. Wigeland is also the 2019 winner of Grow Opportunity’s Canada’s Top Growers. Having lived most of his life around cannabis, he has learned and perfected the art of growing cannabis. Wigeland has been walking amongst the circle of notable cannabis growers, particularly in British Columbia’s cannabis culture, long before Canada legalized cannabis. His path to becoming a master grower has been paved by numerous trials and errors over “too many years.” As the master cultivator for Calgary-based Sundial Growers Inc., and in-charge of the company’s flagship facility in Olds, Alta., Wigeland does not only tend to the plants; he has also become a mentor to budding growers. 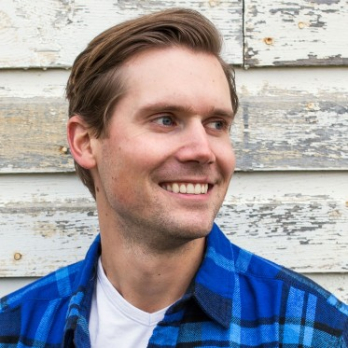 Rudi is the CEO and co-founder of Habitat Life. He comes from an agriculture and entrepreneurial background after starting Turtle Valley Bison Company. Rudi’s passion for finding innovative ways to produce responsible and sustainable products was born during this time and something that drives him to continue pushing the limits on holistic farming practices.

For him, the realization that running a ranch was as much about ensuring the health of an entire ecosystem for the animals as it was about raising the animals themselves was the starting point of Habitat’s cultivation methodology. With hands on experience building profitable companies with a positive social mandate, Rudi is a dedicated leader committed to growing organic salmon and delivering organic cannabis to consumers that is industry-leading in quality, price and sustainability. 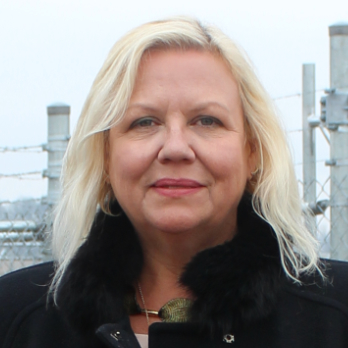 Jeannette VanderMarel is a prominent figure in the Canadian cannabis industry. As one of the industry’s first female executives, VanderMarel helped build and grow some of the high-profile companies in the Canadian cannabis industry. VanderMarel co-founded The Green Organic Dutchman, one of the first companies to be granted a licence to produce cannabis by Health Canada. She was also the co-founder and president of Good & Green and former co-CEO at 48North. Most recently, she was the CEO of Beleave. She has since left that post and currently exploring new ventures.

VanderMarel is not new to the business of agriculture, coming from a family of apple growers. She has always worked to strike a balance between promoting sustainable farming practices out in the field, and good corporate social responsibility in the boardrooms. Before pursuing her passion for farming, VanderMarel worked in the health-care field as a registered nurse and a certified nurse in critical care – pediatrics. 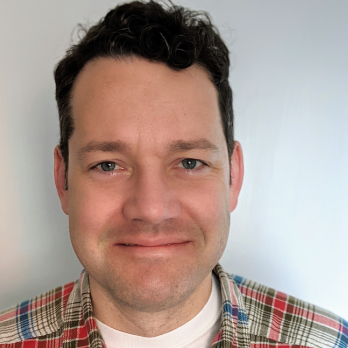 Ted Deli comes from an ag family. His parents met in Guelph and he grew up on a research farm in Iowa. Although he studied anthropology at Wesleyan University, his passion has always been with plants. Ted worked for Sony Music living in New York and San Francisco before returning to his roots and opening a garden supply store in Portland, Oregon. There, they specialized in organic gardening, commercial-scale hydroponics, and cannabis cultivation. After selling his store, he returned to Canada to work for Hydrofarm, a manufacturer and distributor of greenhouse and controlled environment cultivation equipment with a specialty in HID and LED lighting. His focuses on commercial and international sales for producers of both conventional and cannabis crops and has a passion for greenhouse and indoor horticultural lighting, particularly LEDs. 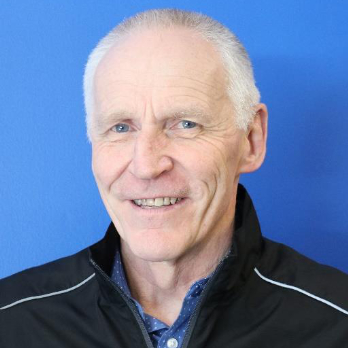 Michael Brownbridge, PhD, has over 30 years of industry experience in production systems, biological control and integrated pest management – with an extensive research history. He previously held positions at Vineland Research and Innovation Centre (Canada), AgResearch Ltd. (New Zealand), and the University of Vermont among others. Michael joined BioWorks in December 2019, as the Biological Program Manager – Disease Control. In this position, he is responsible for accelerating the adoption of current and new biological products while providing expert advice and guidance to customers and partners. 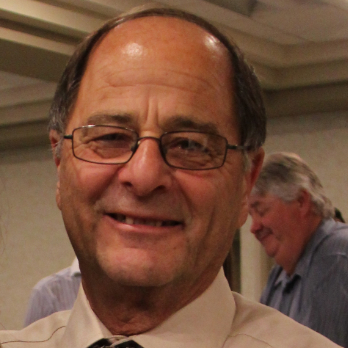 Melhem Sawaya has been in the greenhouse business for 41 years. Working with growers throughout southwestern Ontario, Mel was a grower himself before starting Focus Greenhouse Management 31 years ago. A known supporter and vocal advocate of the horticultural industry, Mel is also involved in a number of industry initiatives, such as programming for the Canadian Greenhouse Conference and Grower Day, as well as regularly contributing to Greenhouse Canada magazine. He’s also coordinated the annual Sawaya Garden Trials in Simcoe, Ont. for the past 19 years. What first began with 150 varieties, the trials now showcase over 3000, allowing growers to see how new varieties perform in the southwestern Ontario climate.